The 5 Key MBA Admissions Trends Of The Last 10 Years 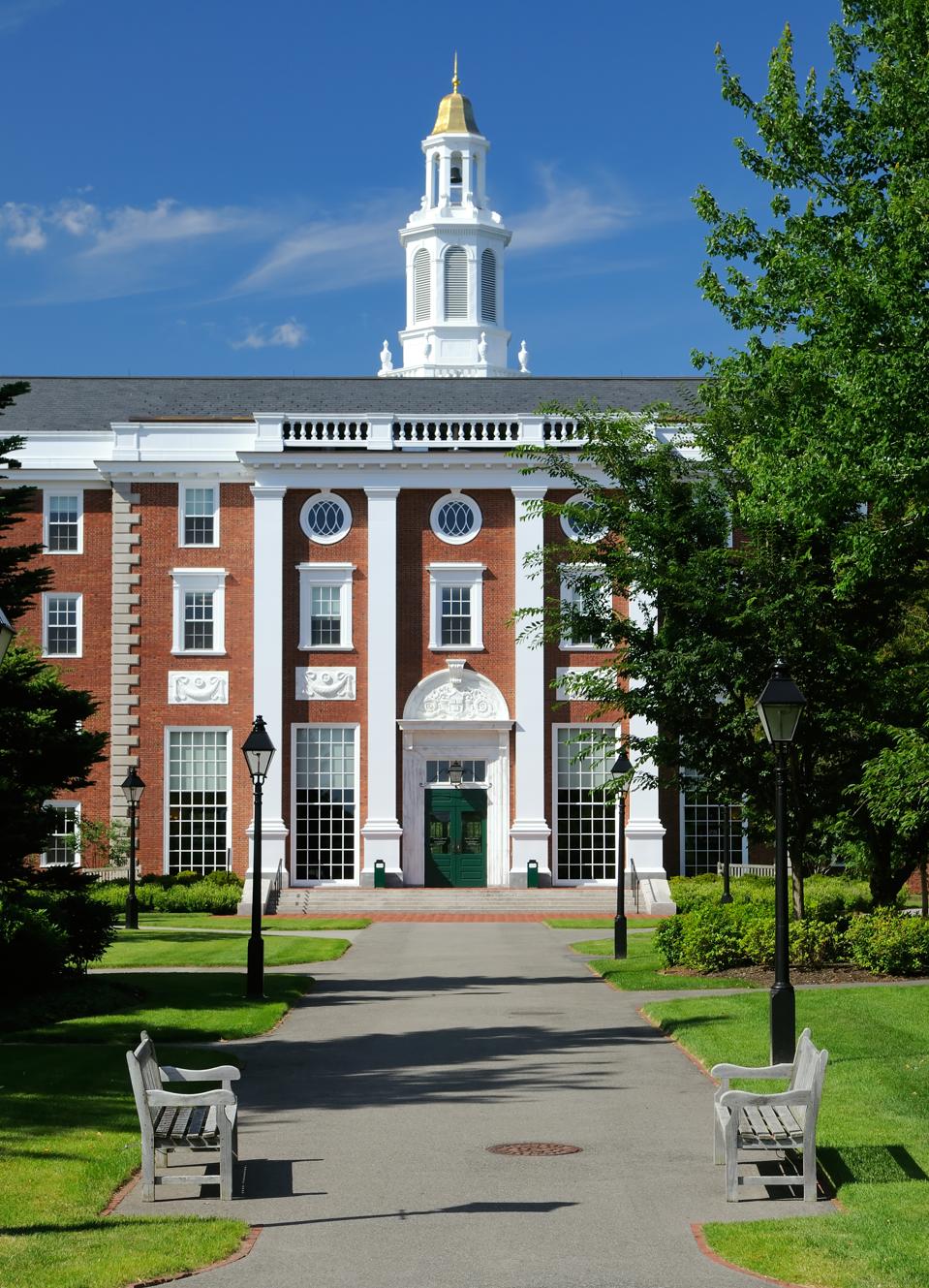 A decade ago, the business community was coming to terms with the fallout from the financial crisis. Subprime lending, bank bailouts and the Great Recession had upended the status quo, and there was widespread acknowledgement that the way we conduct business would never be the same again. By 2010, the world’s top business schools were already working hard to produce corporate leaders ready for the rigors of an unpredictable future. Which, naturally, included a shakeup of the MBA admissions process.

So as MBA admissions offices from Palo Alto to Philadelphia continue to assess top talent from around the world, there have been major shifts in who applies, and what makes them stand out. How do these changes affect you?

I recently sat with my Fortuna Admissions colleague, Judith Silverman Hodara, who formerly led MBA Admissions at Wharton. Both of us reflected on the conversations among MBA admissions directors at the advent of the last decade, when the global failure in business and corporate leadership felt like a mandate to create “renaissance MBAs,” managers and professionals as versed in history, philosophy and design as they are with a balance sheet or business plan.

Reflecting on the changing trends in MBA Admissions over the last decade, Judith and I identified five significant evolutions:

1. A more holistic approach to assessment – EQ, not just IQ

There’s now widespread recognition in MBA admissions that business school isn’t just about teaching frameworks, cases, and concepts, but deepening the creative capacities and moral consciousness of future leaders. From the admissions perspective, there’s been a thematic evolution in what schools are hoping to elicit from candidates, with schools more interested in who the applicant is above and beyond their professional and academic accomplishments.

Beyond traditional metrics like quant ability, schools have developed assessments and criteria based on emotional and creative quotients. From formal evaluations (Yale SOM’s behavioral assessment) to recommendations (NYU’s EQ endorsement) to key attributes (Dartmouth Tuck’s niceness criteria), programs are plumbing for character traits and interpersonal skills that help them understand what makes candidates tick, as well as allow them to predict their leadership potential and readiness for the MBA classroom. Berkeley Haas, for example, is explicit in assessing program fit against Haas’s carefully honed leadership principles – Question the Status Quo, Confidence Without Attitude, Students Always, and Beyond Yourself.

The Graduate Management Admissions Council (GMAC), the administrator of the GMAT test, is exploring an EQ assessment with six U.S. business schools. This follows the lead taken by Educational Testing Services (ETS) to pilot a behavioural assessment with Yale SOM to determine how applicants will perform once they arrive on campus.

The questions for recommenders are following suit. They’re no longer solely about performance but about growth opportunities and response to failure and constructive criticism. Underlying these lines of questioning is the expectation that the MBA experience is about stretching yourself in manifold ways through a growth mindset, versus arriving fully formed.

A systematic reduction in number of essays as well as word counts reflects that programs have really refined what they’re looking for, and that they don’t expect the app to be a writing contest. As opposed to the nine essay questions that once defined the HBS application, for the past five years Harvard has asked the singular question, “As we review your application, what more would you like us to know as we consider your candidacy for the Harvard Business School MBA Program?” In assessing leadership potential, programs are asking what candidates care about, what inspires them, how they’ve been shaped by their journey – not just successes and achievements but struggles and failures. Just last year, Kellogg recalibrated its second essay question from ‘how have you grown in the past/hope to grow at Kellogg’ to ‘what values are important to you and how have they influenced you?’ This subtle shift is emblematic of how programs are cutting to the core of what motivates and drives you.

Likewise, MBA applications are encouraging more creativity – from NYU Stern’s ‘pick six pictures’ to MIT’s one-minute video introduction. Admissions teams recognize that there are many ways to share your value proposition, and they want candidates to get to the point and convey something that’s personal, authentic and powerful. Stanford GSB’s iconic essay, ‘what matters most to you and why,’ has endured some 16 years, precisely because it elicits both profound self-awareness and fearless authenticity.

There’s been a consistent rise in the percentage of women represented in the top MBA classrooms, reflecting an important institutional shift. Yet the most remarkable and encouraging trend that’s ushering programs closer to gender parity is cultural. More women are seeing themselves as strong candidates for business school, as opposed to 10 years ago. They’re less hesitant about their qualifications, actively availing themselves of robust female networks, and claiming their place as leaders in industries once considered atypical. Likewise there are more women coming from a diversity of fields. One of Judith’s recent clients was a woman applying from the oli & gas sector, who is a thought leader in her current firm from a country in the middle east. She has an incredibly compelling story to tell and is a strong contender, but she isn’t an outlier anymore in terms of a woman from industry. A decade ago, we were still seeing a preponderance of women from areas like consumer goods or marketing. Now women are being represented in greater numbers in technology and industry, while programs are actively seeking their thought leadership in the classroom. In the HBS Class of 2020, more than 50% of those who had worked in consulting prior to their MBA were women.

We’ve been witnessing what feels like an arms race among GMAT scores at top schools, particularly for programs who want to more firmly establish themselves among the elite. In 2016, the average GMAT score for Stanford GSB’s incoming class hit a record-breaking 737. Last year the GSB’s average settled at 734, and for HBS it was 730. Meanwhile, Wharton boasted a 14-point rise to a GMAT average of 732 last year, up from 718 in 2011, and Northwestern Kellogg reported a 20-point jump to 732 from 712 five years earlier.

Predictably, the GMAT score has taken on obsessive importance for many candidates, as it captures a comparable data point that schools use both to predict your academic success for the MBA and measure you against other candidates. “Your score matters, particularly because the student body at tier-one programs has truly become globally diverse,” explains Joanna Graham, a former director at GMAC, in the Forbes article How You Can Learn To Love The GMAT. “How do you compare the Bain consultant from Silicon Valley to the entrepreneur in Eritrea? The GMAT helps level the playing field by providing a consistent data point for evaluating candidates against one other.”

And while the GMAT is lauded to be the only standardized exam created by business schools for MBA admissions, the GRE has gained ground and legitimacy among MBA admissions teams. Now, more than 1,200 business schools – including Wharton, Kellogg and London Business School (LBS) – accept the exam in applications. INSEAD, one of the top schools that has been the most hesitant about the GRE is welcoming candidates who have taken this test, though likes to see a higher percentile on the GRE quant section than they would accept for the GMAT.

5. Decline in US app volume, more Americans look to Europe

While the steep decline in application volume to U.S. schools makes headlines, applications to European programs such as INSEAD and LBS have risen considerably. But it’s not just candidates from Asia, Latin American, the Middle East and Africa that are thinking twice about U.S. study plans. “We’ve seen a dramatic increase in interest for the top European schools from the U.S. market over the last 18 months,” explains my Fortuna colleague Caroline Diarte Edwards, former Director of Admissions and Financial Aid at INSEAD in a recent article, More Americans Heading to Europe for Their MBAs. “While the rest of the world has reacted to a changing political climate and concerns about visa opportunities in the U.S., a growing number of American applicants are looking to enhance both their personal and professional development with a more affordable international study experience.”

Diarte Edwards points to the ROI of the one-year MBA that is underlined in the most recent Forbes business school ranking: “While it takes Harvard Business School students four years on average to pay back their investment, the 13 European schools in the one-year ranking had a pay back that ranged from 2.2 years to 3.2 years.”

Perhaps this uptick in interest for the international MBA points to an evolving trend we can anticipate in the coming decade: as a growing number of applicants also seek for a sense of purpose to their next career steps, international programs offer valuable, non-U.S. centric perspectives around the role that business schools and their students play in society.

Whether locally or globally, Judith Hodara believes that the strongest MBA applicants in the ten years to come will be those who go beyond their professional development to push the boundaries of their impact on their communities.