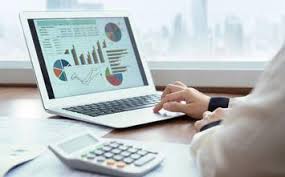 So keen is Argentina’s Ambassador Daniel Chuburu on India investing in his country’s lithium resources, that he spent the entire day at a conference on e-mobility, organised here by the Confederation of Indian Industry.

Later, asked about his tarry, Chuburu told BusinessLine that he had attended many similar e-mobility conferences in India.

His pitch to India, made in a presentation at the conference and in his chat with BusinessLine, is simple: “Argentina is getting into mining, notably, mining of lithium; India is invited to participate.”

The Chinese, the Americans, the Japanese, the Canadians and the French have already put their foot onto the Argentine mines; where is India? This is the question the ambassador has been asking.

His efforts are seeing some results. Later this year, an Indian delegation, comprising members from the industry and the government, is set to visit Argentina to explore opportunities in mining lithium.

On offer is a host of incentives, including duty-free import of capital goods and accelerated depreciation. “We are very keen to work with the Indian industry for the production of lithium,” he said. Argentina, the ambassador said, was ranked third among nine lithium-producing countries in the world.

Today, it produces 38,000 tonnes of Lithium Carbonate Equivalent (LCE) from two mines, but a massive expansion is on the cards, so that the production increases to 290,000 tonnes by 2023.

Lithium deposits occur in two forms — in salt waters under salt flats called ‘salars’ (similar to India’s Rann of Kutch) and in the form of crystals trapped in igneous pegmatite rocks. Argentina has 23 salar projects (two in operation, one under construction and the others in advanced feasibility stage), and six 40 pegmatite exploration projects. Its ‘inferred reserves’ are estimated at 21.2 million tonnes of LCE.

Argentina is a mineral-rich country, like its neighbours Chile and Bolivia, and the three countries are sometimes referred to as ABC of lithium, or ‘lithium triangle’. But while Chile and Bolivia have vibrant mining industry, Argentina “is getting into mining” (only now).

Asked why a mineral-rich country such as Argentina has been lagging in mining, he said the country has been more focussed on agriculture.

“Argentina has a population of 45 million, but it produces food for 500 million people,” said Chuburu, and added that despite the economic problems that the country is facing, he wants India to have a positive perception of Argentina.