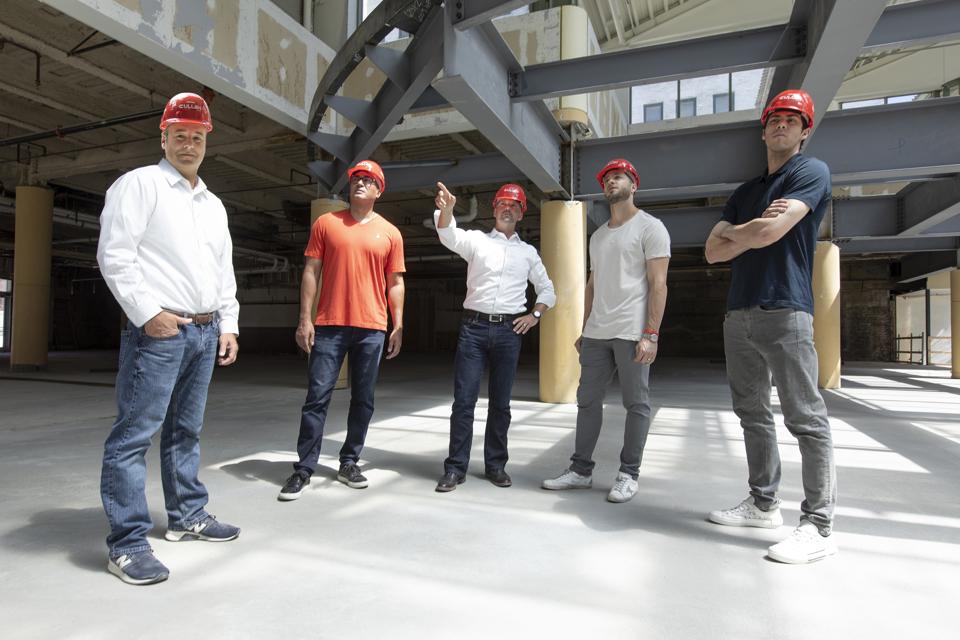 One of the most high-profile development projects in the city of Milwaukee has attracted two of the city’s highest-profile citizens as investors.

Milwaukee Brewers outfielders Ryan Braun and Christian Yelich have put their names — and their wallets — behind development of The Avenue, which will turn the former Grand Avenue Mall in Downtown Milwaukee into a multi-purpose facility including a food hall, office space and apartment units.

“We’re excited about it,” said Braun, who’s been a fixture in the city since making his big league debut in May 2007.” This community is special to me. Whenever I can do a small part to make the community better, I’m all for it. There hope is they can turn this around relatively quickly. It’s a pretty massive project, and there’s a lot going on downtown.”

Yelich, the reigning NL Most Valuable Player, first joined the Brewers in January 2018. He quickly became a fan favorite, both for his on-field talent as well as his humble demeanor, and at the same time, has developed a fondness for the city itself.

“I’ve quickly grown to love Milwaukee in my time here and want to help show others its greatness and make its neighborhoods as successful as possible,” Yelich said.

Aside from playing alongside each other for the last year and half, Braun and Yelich developed a close-knit off-field relationship during the off-season when they, along with third baseman Mike Moustakas, launched the “California Strong” effort in response to the mass shooting in Thousand Oaks and the series of deadly wildfires that ravaged the trio’s home state last fall.

Each of the three donated $25,000 to start the fund, which had an initial goal of raising $250,000. Along with donations, events like a celebrity softball game and auction easily surpassed the initial goal and ultimately raised more than $2 million, which was distributed to those hardest hit by the tragedies.

That experience helped spark their interest in collaborating on another project and after they were approached by local restauranteur Omar Shaikh, who ‘s leading development of the food hall aspect of the project and came to the duo with the idea of participating, both Braun and Yelich thought it was a logical next step as well as a way to support a city that has supported them, on the field and off.

“Seeing how California Strong had such a positive community impact on our hometowns reinforced the importance of supporting the cities that support us,” Yelich said. “I’ve quickly grown to love Milwaukee in my time here and want to help show others its greatness and make its neighborhoods as successful as possible.”

They will be among a group of 12 equity investors in The Avenue, but they aren’t just lending their names and marketing prowess to the project.

“Ryan’s and Christian’s investment is not a token investment,” The Avenue co-owner Tony Janowiec said. “They both made a material investment.”

Milwaukee’s first-round selection (No. 5 overall) in the 2005 MLB Draft, Braun has one season remaining on a five-year, $105 million contract extension he signed with the Brewers in 2011.

Yelich will be in Milwaukee for at least two more seasons thanks to a seven-year, $49.57 million extension he signed in 2015 with the Marlins, who traded him to the Brewers ahead of last season.