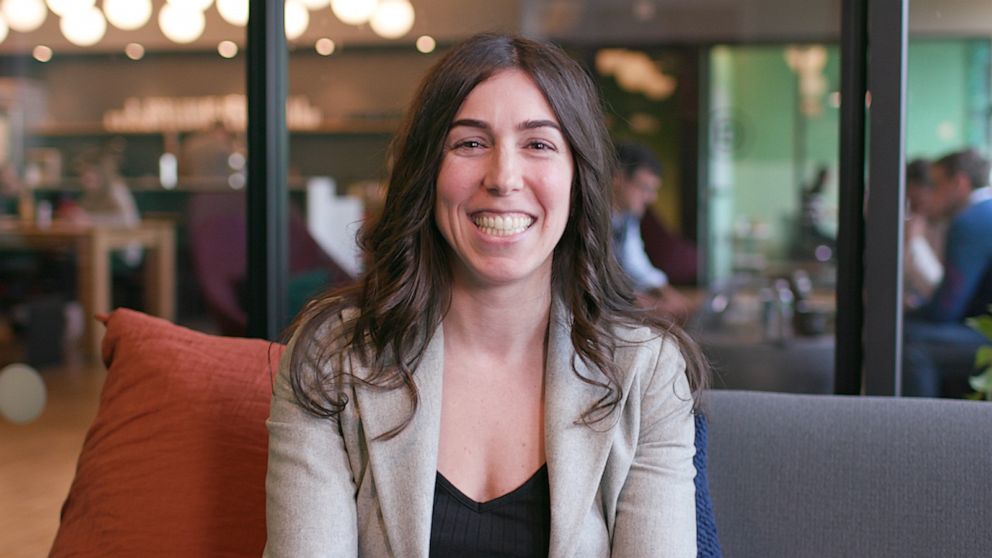 She’s known as the “Queen of Raw,” and she’s on a mission to make the world a less wasteful place.

Entrepreneur Stephanie Benedetto, whose family has been in the fashion and textiles business for more than 100 years. Benedetto aims to make the fashion industry more sustainable for future generations by fighting a massive waste problem.

Raw means the raw materials that fashion houses waste when they don’t have a use for them anymore. This could be excess fabric, or inventory that is left over after designing and creating a product.

These raw materials could easily be repurposed in a variety of ways, from someone who likes to sew to car companies that might want to use the raw materials for custom interiors.

Fashion manufacturing produces millions of tons of solid waste every year, most of which goes into landfills or is incinerated. Benedetto told “Good Morning America” that of fashion apparel’s roughly $800 billion market, an estimated $120 billion of leftover, unused and perfectly good fabric goes to waste annually.

In New York City alone, over 200 million pounds of clothing ends up in landfills each year, the equivalent of filling the Statue of Liberty with garments 440 times, according to the World Economic Forum.

Benedetto told “GMA” that whenever she might be in doubt of what she is doing or has accomplished, she simply looks to the metrics and data on water, toxins, energy and dollars saved by using her company’s solutions.

“What I want to quantify and track as a business owner, is not just the business I’m driving, but also the sustainable solutions,” she said.

Much of fashion’s waste accumulates, unchecked. Benedetto noted that many errors and discrepancies happen in managing global supply chains because of antiquated methods of mapping resources.

“Our mission is to be able to map the world’s dead stock, that $120 billion of unused textiles, giving designers and creatives, from small to large, access to these materials in real time and then also how to help these businesses minimize that waste going forward,” Benedetto told “GMA.”

Instead of creating new fabric, which uses more resources, fabrics that already exist can be used to make the final fashion product.

“In the fall we’ve already saved 1 billion gallons of water so I know we can do this!”

WeWork recently awarded Benedetto $360,000 to kick her business into high-gear. The funding has opened new doors for the “Queen of Raw,” allowing her to build a new blockchain tool giving buyers and sellers the ability to track just where all this waste is coming from and why they have so much of it in the first place.

Benedetto is also a boss mom.

“My entire reason for what I’m doing is for the future, it’s absolutely for my son because the choices that I’m making, they’re not just about me anymore, it’s about my son and his future generation,” she said. “Everything that we are doing in the way we are thinking about the planet and business is going to have a massive impact on him.”