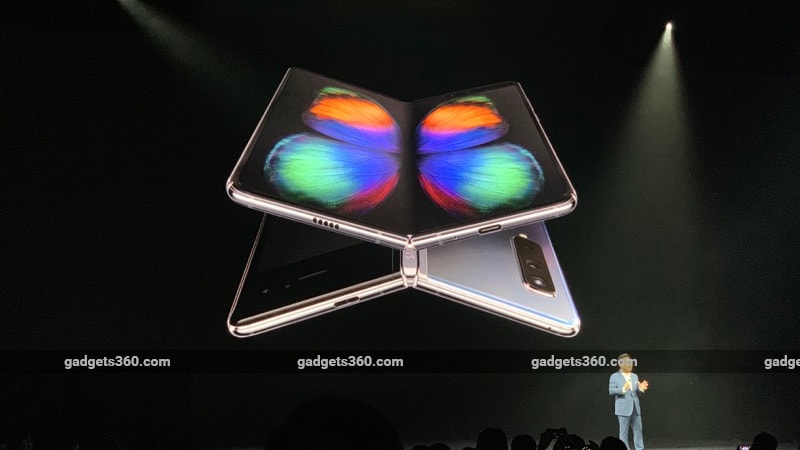 As the smartphone manufacturers make their foldable phones public, whether it is a market-ready device or a prototype, the feedback is coming from all around, including rivals. In one such feedback, Richard Yu, CEO of Huawei Consumer Business Group, dubbed Samsung’s Galaxy Fold design as “not good” and revealed that Huawei itself had a similar prototype in works but the company “killed it.” Although Huawei’s Mate X foldable phone seems to have been better received in terms of the design at the just concluded Mobile World Congress 2019, the actual battle between the Mate X and Galaxy Fold will happen in the stores, where Huawei’s Mate X has a considerable disadvantage given its pricing.

In a conversation with Business Insider, Huawei ‘s Richard Yu said the company had tested multiple designs for its foldable smartphone and one of them was similar to Samsung Galaxy Fold and it was “killed off” because “it was bad.”

“I feel having two screens, a front screen and a back screen, makes the phone too heavy,” Yu told Business Insider while talking about Samsung Galaxy Fold. “We had several solutions, but we cancelled them. We had three projects simultaneously. We had something even better than [the Samsung Galaxy Fold], killed by me.”

Yu’s comments are particularly interesting because Huawei is gunning for Samsung’s spot as the biggest smartphone maker in the world. As per IDC’s data for Q4 2018, Huawei shipped a total of 60.5 million smartphones in the last quarter, whereas Samsung shipped 70.4 million units, followed by Apple with 68.4 million units. Although there is still a significant gap between Samsung and Huawei in terms of the shipments, the South Korean manufacturer’s shipments declined year-over-year, whereas Huawei grew a massive 43.9 percent.

Over the last two weeks, a number of smartphone makers have shown their implementation of foldable phones, including Samsung and Huawei, however right now only these two seem to be ready to ship their models sometime this year.

While Samsung has gone with a design where the company is using two separate screens, one bigger screen that folds inside and one smaller screen that resides on the front of the folded device, Huawei is using a single large display that folds to turn into two screens when needed.